Reflecting on a post-Tipp-Ex era I ponder questions surrounding the concept of Cyberspace. Remembrance of Tipp-Ex past Be it fortunate or unfortunate, the years locate me at a pivotal time in the evolution of cyberspace. I don’t claim to be among its first denizens. Arpanet, the forerunner of […] 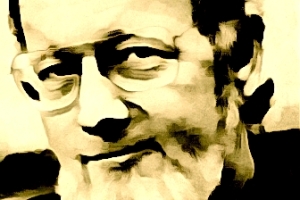 Anachronism is an obvious comic device in The King (1990), Donald Barthelme’s last, posthumously published novel, and as such invariably commands comment. Barthelme places or “transposes” the Arthurian court into the period of Second World War Britain, something in the manner of what’s known today as the allohistorical […]

Here are some more circa 2000 commercial images from Japan. There’s not much difference between Eastern and Western cultures in the way they fabricate mythological/ideological messages via semiotic techniques. But there are cultural idiosyncrasies as well, which feed easily into a global mythological context. 50 cc “naked” Zoomer […] 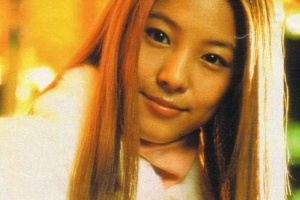 In the era of the Internet and social media, an awareness of semiotics, also known as the “study of signs,” is useful to have. This article considers some elementary but illuminating ideas in the field. What are signs and how do they convey meaning? What is the message […]

Myths of the Wild West as Period and Genre

The processes of myth-creation rely on a crossover between reality and imagination. A collective psychological space  exists in which history and myth merge and become indistinguishable from one another.  In the heyday of the television western, for instance, how many young children were aware there was any difference […]