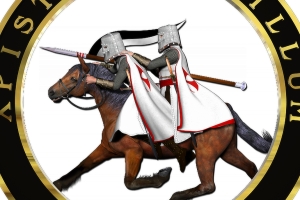 Knowing nothing of Sylvanus Cobb Jr’s work, let alone the writer himself, Emerson did not realize the offense his remarks would have caused Cobb’s brother (see “Cobb Biosnip: No Yellowbacks”). In her memoir, Sylvanus’ daughter Ella Waite Cobb omits to mention which brother it was. Sylvanus Jr., the […] 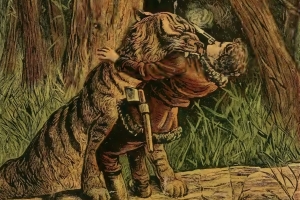 Some years after Cobb began writing for the New York Ledger, Ralph Waldo Emerson delivered a public lecture in East Boston. The honour of introducing him happened to fall to one of Cobb’s brothers. On the subject of modern literature, Emerson made a contemptuous mention of “yellow-covered literature […] 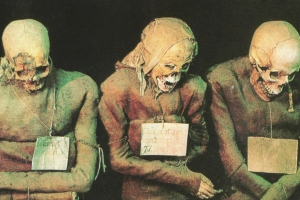 In 1841 Sylvanus Cobb, Jr. left his job running the printing office for his father’s denominational newspaper, the Christian Freeman, to sign up with the US Navy. Seventeen years of age, he passed himself off as twenty-one, to join the crew of the USS Brandywine on May 31 […] 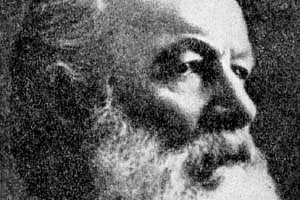 Give me them good ol’ days of guns, of snakes, an’ gapin’ jaws Of wolves an’ ragin’ catamounts, with blood upon their paws; W’en six-foot heroes courted girls that they had snatched away From out a bloody bandit’s clasp, an’ tramped him into clay. I wish we had […]