Oliver Raven
A bilingual German-Australian, who spent many years exploring in and around every German castle ruin he could find, and many more non-ruined castles and palaces than you could poke a selfie stick at. Although I lived and studied in Berlin and Northern Germany for many years, I also visited Bavaria, the Rhine and Swabia, the scene of our series, even understanding a bit more than a mere muggelseggele of Swabian, a somewhat bawdy term I prefer not to translate because children may be reading this. After enduring years of having to read classic German literature, from the poems of Walther von details Vogelweide to works such as Simplicissimus and on to those of Goethe, Schiller, Berthold Brecht and Guenther Grass, I could, without any doubt, be described as an avid German Kulturbanause. Just the kind of person who would have got on well with Sylvanus Cobb.

For some people living in western democracies, reading Cobb’s story with spies lurking in the woods may almost seem a bit too fictional to be taken seriously. Yes, some of us remember all the “reds under the beds” hysteria from not so long ago, but wasn’t that a […] 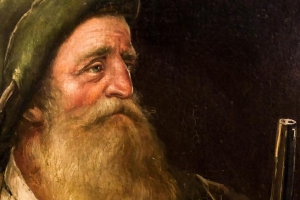 The Swabian Alb is indeed the area of Germany with more caves than anywhere else. Around 2000 of them, apparently. That’s because it’s a karst area: a landscape in which limestone is constantly being hollowed out by erosion. Cobb knew his geography well. Hiding in caves is a […]

What would they call a villain or “badguy” in German? An older term was “Boesewicht“, “Boese” meaning bad or naughty, “wicht” being a derogatory term meaning something like “blackguard”, but also a toddler, a naughty child . It is still in use today, along with “Schurke“, which means […]

The first impression of a flight from danger I can remember was that of the Von Trapp family. Good heavens, no, I’m not one of those people that would mar an otherwise perfectly enchanting visit to a beautiful city like Salzburg by insisting on trying to sing songs […]

The German word for “dungeon” is “Verlies“. An unusual word, originating in Low German and Dutch, meaning loss, or leaving. Verlies sounds like the past form of “verlassen“, which means to leave. A place where you leave people, to an awful fate? There were dungeons like that in […]

Confusion in the Castle. The plot thickens, while dastardly villains conspire. Two assassins already dead in the forest, replacements dispatched. Guns that shouldn’t have been working, but which our hero had repaired… History is of course full of foul assassinations. Have you heard of any that occurred in […]

Cobb’s False Knight: 7. Cause for Alarm

Baden Baden. The German Wagga Wagga? For the non-Australians among you, the latter is a town in western New South Wales which does not derive its name from “the Aboriginal word for Italians” (an old joke based on the no longer so insulting term “wog”). But what of […]

Trying to get a desperate message through to possibly avoid a looming disaster, a dangerous journey through a dark expanse. Where had I heard that before? It was also in Germany, but not in the Black Forest. This particular journey started from an airfield just outside Munich. The […] 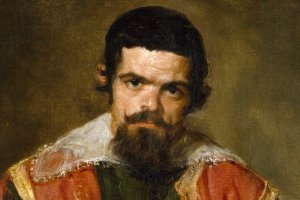 Inheritances. There’s an old German saying, “Wenn’s ums Erben geht, besser frueh handeln, als zu spaet…” (“When it’s a matter of inheritance, it’s better to act early, than too late …”) There’s a fairytale castle Iocked in a bitter dispute about the matter of who inherited it. A […] 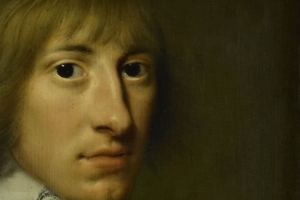 A bit of a coincidence, more names. And Cobb even explains their origins in detail. How do we respond to and interpret them? Now we hear of Irene and Wolfgang. In English, we pronounce Irene as in “serene”, with an emphasis on the second syllable. In German, it […]